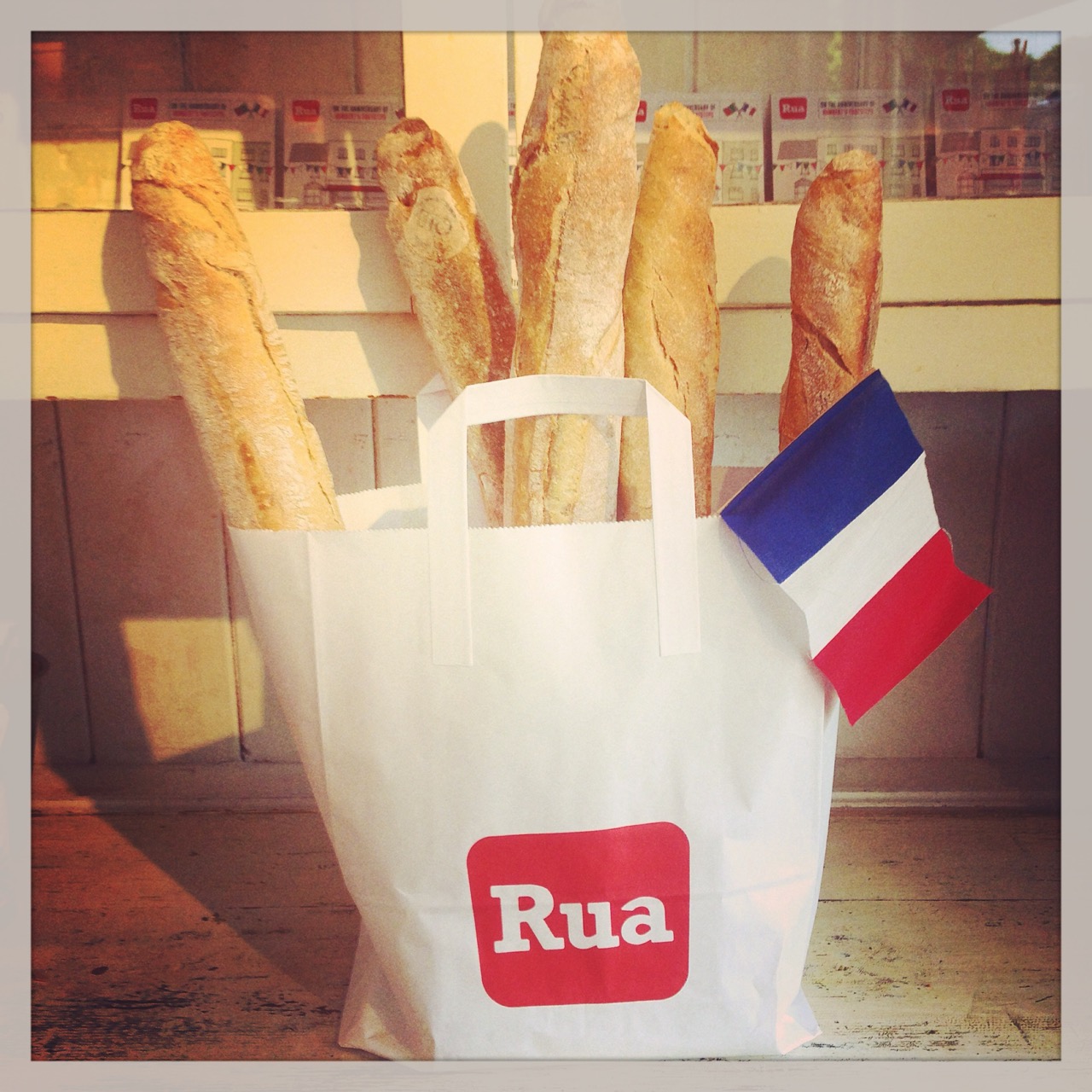 The Battle of Castlebar occurred on 27th August 1798 during the Irish Rebellion of that year when combined force of 2,000 French and Irish routed a force of 6,000 British militia in what would later became known as the ‘Races of Castlebar.’ Naturally, we’re using this as an excuse to run our annual French food festival.

Our weekend celebration features tastings in the delicatessen, specials in the cafes, pain au chocolat and lots more for breakfast and a French inspired menu at Cafe Rua for dinner on Friday night 26th August. Bookings for dinner on 0949023376 Both of our café menus will be littered throughout the weekend with some Gallic classics like duck confit, salade nicoise, tarte au citron and more. As always, we’ll be using the best of local produce like Sean Kelly’s beef for our boeuf bourgignon, Killary Shellfish for our moules marniere, vegetables form the Rua poly tunnel for our ratatouille, and fruit from our local rural training scheme to go with our pain perdu. French menus with Mayo produce.

As well as great offers in our shop on our selection of French wine and cheese, we’ve also got classic French cookbooks like Raymond Blanc’s ‘Kitchen secrets’ and Richard Onley’s ‘ The French menu cookbook’, the latter recently voted ‘Best cookbook of all time’ by readers of the Observer food magazine.

This year, we’re also featuring a history tour! On Saturday afternoon, Local historian Brian Hoban will also be hosting a guided tour of  Castlebar’s historical landmarks connected with the arrival of General Humbert and the French army for the the  ‘Races of Castlebar’  in 1798. The tour leaves from Rua on Saturday August 29th at 2pm, and places are limited so call us on 094 9286072 for more information.