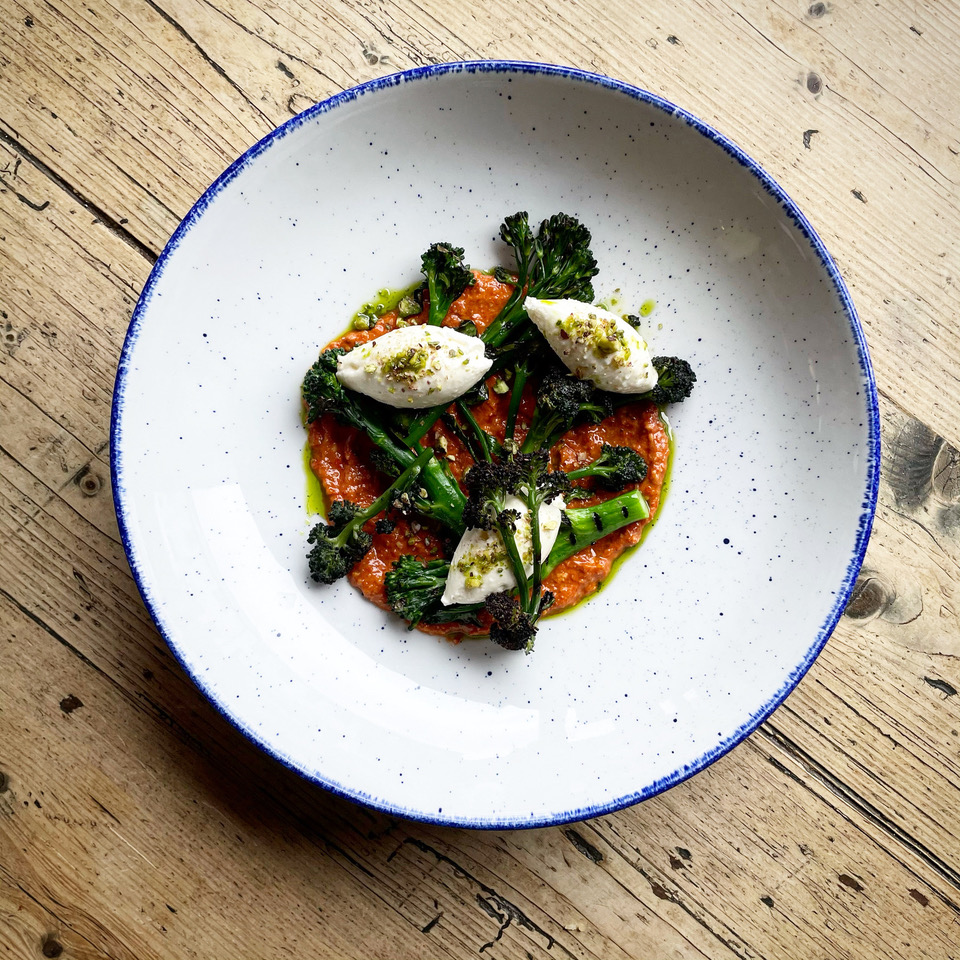 Put together by Colm in our New Antrim St. cafe, this salad was a starter option for our Mother’s day menu. He used the wonderful St Tola original log for this recipe. Siobhan and the team at St Tola make a wonderful range of Goat’s cheese from their farm in Inagh, County Clare. If you’d rather avoid the process of whipping the cheese, you could also use a lighter variety such as their tubs of St Tola ‘DIVINE’ which is a much lighter, curd-style variety. Of course, feel free to use other Irish Goat’s cheese such as the cheese from Galway Goat’s farm. We stock all these varieties in our shop on Spencer St.

You’ll be spoilt for choice with greens in the coming weeks, and we managed to get some lovely purple sprouting broccoli from the crew at Glasraí, but a stem broccoli would also work as well. Good quality asparagus will be available around May, and also works well for the salad.

Chargrilled  Greens and ‘whipped’ St Tola Goat’s Cheese salad with Romesco
Serves 2 as a main, or 4 for a starter

Ingredients
For the Romesco sauce

Assemble your salad and serve with some nice bread and something lovely to drink.

It’s wild garlic time of the year again and we always try and post a few recipes to celebrate one our of favourite wild ingredients. 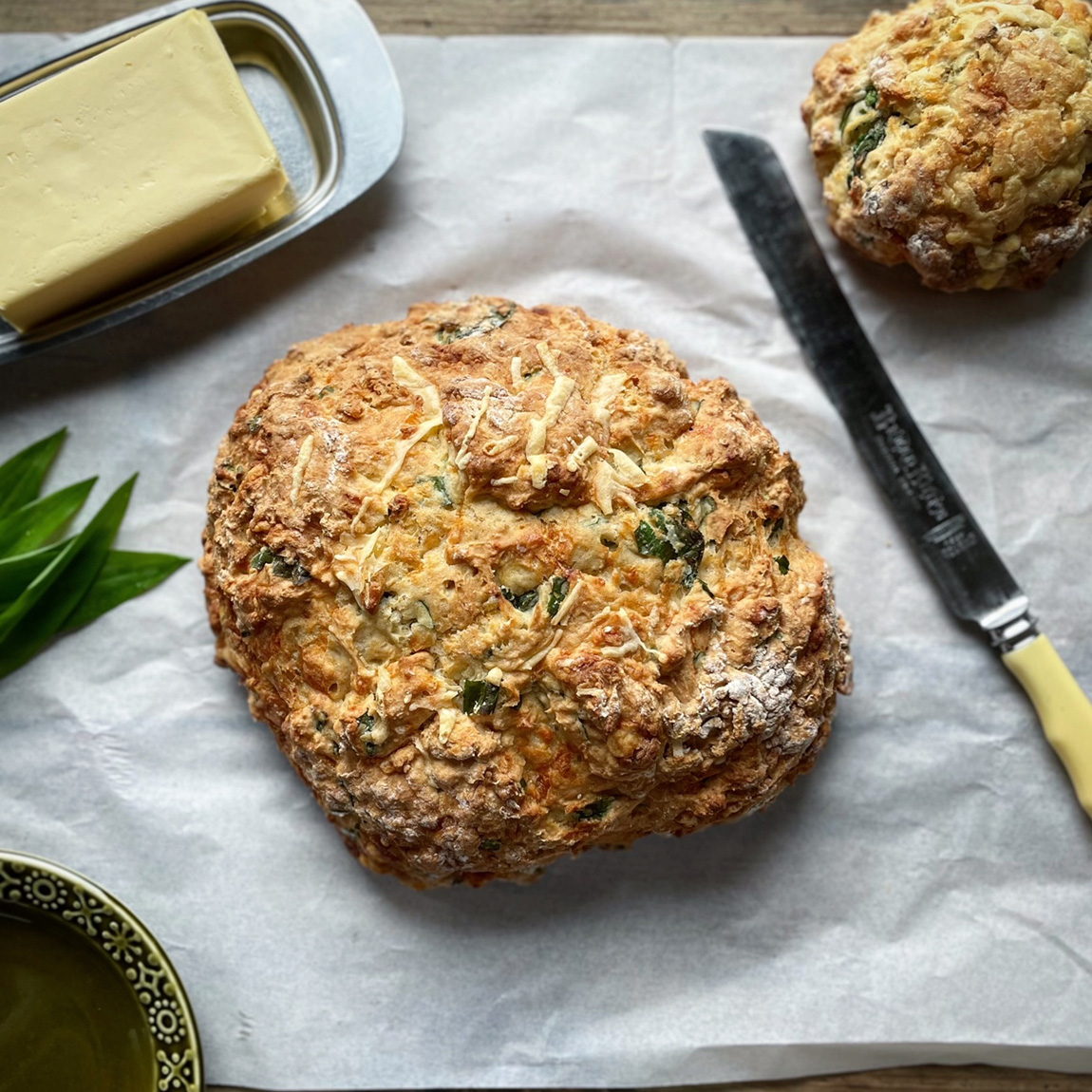 We were very flattered that the mighty Jess Murphy from KAI featured a reworking of our Wild Garlic Soda bread in last week’s ‘Food and Wine’ magazine in the Sunday Business Post and, frankly, made it better. Jess recommends the inclusion of a good Irish farmhouse cheese and recommended Mayo’s own ‘Barr Rua’ (no relation) from Dozio cheese makers or over the border for some deliciously nutty ‘Kylemore’.

Jess also brought to our attention the wonderful ‘Little Mill’ flour from Co Kilkenny, which we hope to be getting in stock at the shop real soon. Getting out there in the lashing rain and finding some wild garlic is all part of the buzz, but if you can’t arsed, we’ve also got some in the shop. Spread with lots of Irish butter and as Jess says, ‘It’s heaven on a plate’. 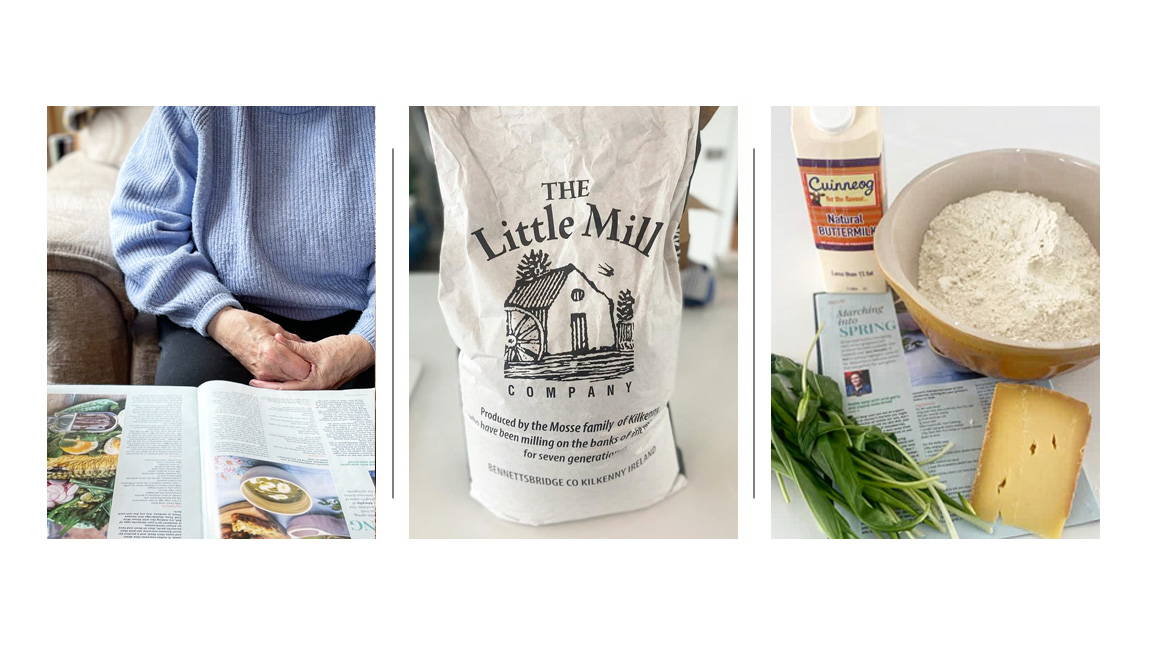 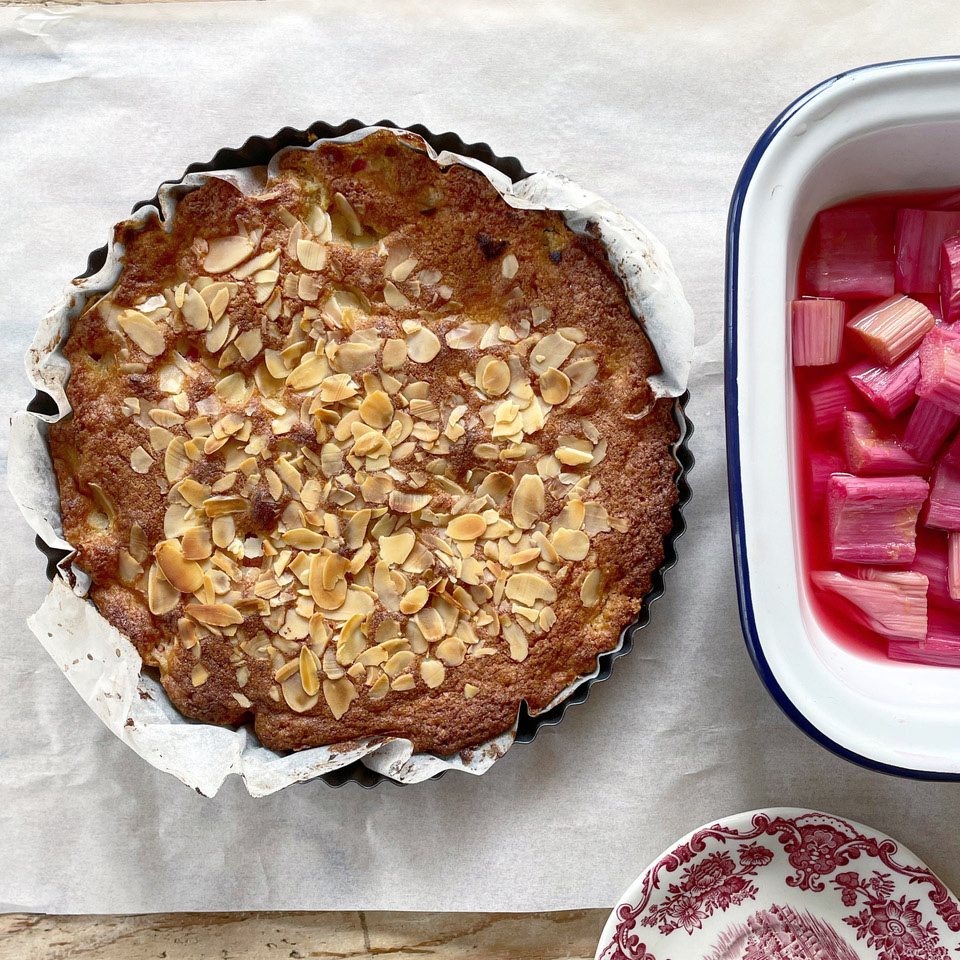 It’s still a wee bit early for the supply of the outdoor Irish rhubarb, but we’ve got hold of some forced rhubarb to try out a few recipes so you’re ready to get stuck in when there’s a more plentiful supply. Incidentally, there’s a fab producer of forced (and outdoor) Rhubarb now in Dublin that you may have seen on RTE’s Nationwide, ‘Ryan’s Rhubarb’.  Check out their site and social media for more great ideas with rhubarb.
Here’s a couple of our own recipes to get you going… 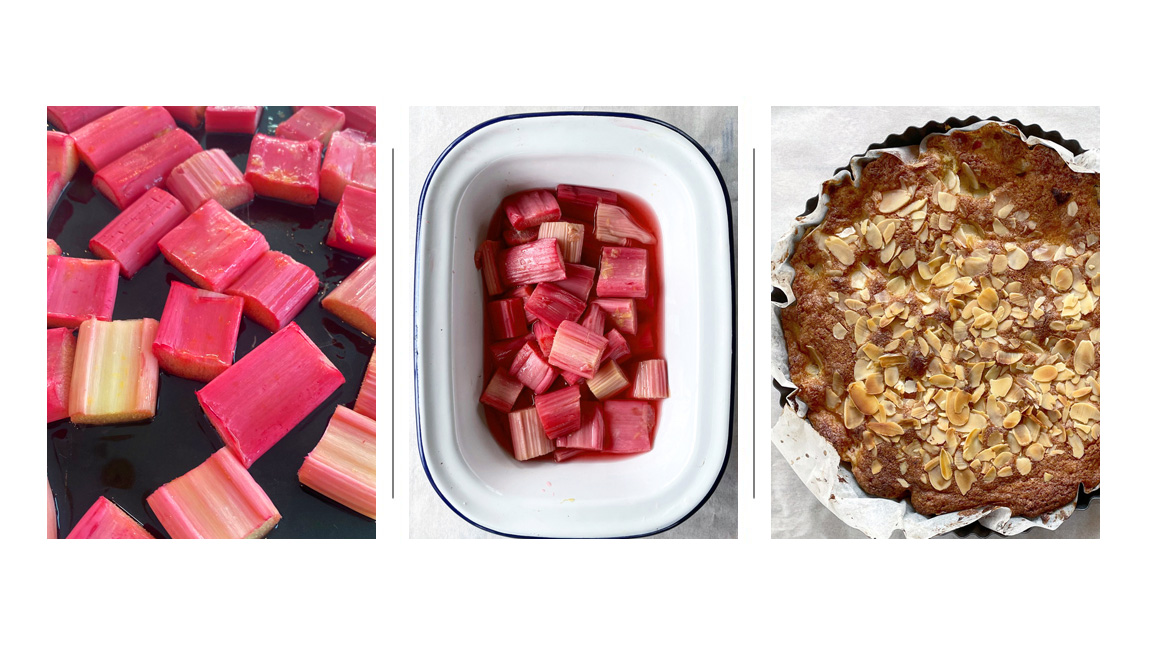 Purists will probably want nothing else except a Rhubarb tart, but this is a lovely and elegant dessert that is surprisingly nice for breakfast with a strong coffee. The addition of cream or créme fraiche with a slice is a very good idea.
Method

This is a great recipe for a myriad of uses. Essentially, it’s a lightly flavoured rhubarb compote, but it’s a less aggressive way of making it rather than running the risk of stewing it in a saucepan.
Serve it for breakfast with your porridge, granola or even french toast. For dessert, it’s delicious in a cream sponge or as a sideshow to a panna cotta or rice pudding. For the savoury buzz, it goes great with oily fish like mackerel or even roast pork instead of apples.
Optional…
Other…
Method